Many modern-day individuals admitted suffering from neck pain or stiffness at some point in their life. Poor posture, sudden head jerking, also known as whiplash, meningitis, rheumatoid arthritis, spinal stenosis, ruptured cervical disk, fibromyalgia, and osteoporosis are usually held responsible. While generic drugs help, in the following write-up, I have chalked down few natural tricks that can ease such a condition. Please go through them right now.

1.      Stay Hydrated
Specialists offering adults and kids chiropractic care said discs between spinal vertebrae need water to take the pressure off besides maintaining height and alignment. Stay hydrated by drinking at least half a gallon or two litres of water every day.

2.      Use Phone Carefully
You might not realise but cradling your phone in the neck while talking leads to excruciating pain over time. Doing so puts unnecessary strain on cervical spine. Many experience soreness by looking down at phone when texting or browsing internet. Using a hands-free headset and holding device high have proven effective.

3.      Stretch
An excellent way of curing neck pain is stretching body parts properly. You do not need to join the gym or hire a professional trainer. Just roll shoulders ten times, squeeze shoulder blades ten times, and bring ear to shoulder on each side ten times daily.

4.      Heat and Ice
There is enough confusion over whether you must apply a heating pad or ice cubes on sore neck. After substantial researches, practitioners found out that coolness is better when dealing with injuries and warmth for sprains.

5.      Increase in Magnesium Consumption
Magnesium helps in relaxation and contraction of muscles and can keep neck pain at bay. Incorporate food items like soybeans, whole grains, almonds, tofu, spinach, bananas, sunflower seeds, etc., which contain this mineral into your diet

6.      Acupuncture
Acupuncture is a traditional Chinese medicine technique that can cure neck ache much more quickly than physical therapy and medications. Fine filament needles are inserted in specific points of the body to reduce pain as well as amending energy flow.

8.      Pilates
Latest research has shown that patients suffering from chronic neck ache have noticed improvement after a five-week Pilates programme. This physical fitness system lets you realise every part of human body is connected, and even smaller movements become meaningful when strengthening.

Implementing tricks stated above diligently will provide maximum relief from neck pain. Massaging affected area can also ease tension to a great extent by breaking up fascia. When undertaken for prolonged period, individuals can enjoy improved range of motion.

Now isn’t that great? Well, choose a masseuse, who has amazing manual dexterity, or in other words, can perform complex manoeuvres if required.

Popular posts from this blog

Is Chiropractic Beneficial for Kids? Top 4 Reasons to Consider 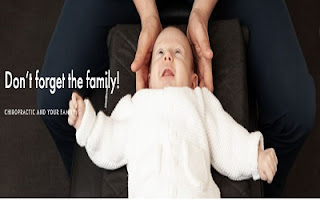 Despite what a major segment of the population thinks, chiropractic undertaken primarily for curing musculoskeletal disorders does not benefit adults only. Top-notch practitioners said it is necessary to get children also checked, right from infancy, thus, pave the way for proper development. Several new mothers have admitted that their babies fail to grasp breasts during breastfeeding. Well, chiropractors align babies’ spine, shoulders, and neck so that they suckle comfortably. Other benefits include: ·          Treats Earaches and Colic When it comes to treating chronic illnesses, several researches have proven the effectiveness of chiropractic care. The process can calm infants, who experience stretches of colic and cry for about three hours every day. Long-term benefits include lesser incidences of temper tantrums, waking up at night, etc. According to highly competent professionals carrying out chiropractic for kids , nine out of ten children suffer from ear infection
Read more

Benefits of Chiropractic Care for Athletes

November 27, 2019
Chiropractic care is a natural form of health care. This is a drug-free and non-invasive process that helps people to get rid of the pain. Chiropractic care works excellent in treating those issues that are related to musculoskeletal systems. Now if you think carefully, then you will realise that athletes often face difficulties with their musculoskeletal systems. In a situation like this, they can consider hiring a sports chiropractor to treat the issue. But before making your final call check out here a complete guide and know all the benefits of chiropractic care for athletes. It Treats Various Injuries After several studies, it has been found that chiropractic care reduces the chances of getting injured. In case if you are already injured, then it will help your body to heal faster. In fact, you can opt for chiropractic for treating both major and minor injuries. Chiropractic encourages proper blood circulation. In addition to that, it also helps our muscle to relax. Th
Read more